Hello Everyone and Welcome Back. So while We are preparing the KickStarter Campaign, We, since the Beginning, don’t stop to say that we Really want to imply You The community. So while we already have an ongoing Poll running where every Discord’s members are free to participate, Come the Day where we have to talk Alpha.

So we Officially Announce To You and all the members of the community. When the KickStarter Campaign Will start Every Backer who pledge “The Tacticians” (Or compatible pledge above) will have INSTANT ACCESS to the ALPHA.

So don't wait further and Follow us on KickStarter (https://www.kickstarter.com/projects/tactikast/apexarena) or Join Us on Discord (https://discord.gg/UBC8ct78sS) to get all the advantage to be a Member of the APEXARENA with Polls, Exclusive insight, Early preview and Obviously Alpha Access when Starting.

For weeks now I’m teasing you. From the Kickstarter Announcement to little Spoils I talk a lot but don’t say so much. So today come what you are awaiting: The whole list of Features revealed.

I Don’t think I need to tell you more. Here you go:

2 levels of competitions (Above and Under 18)

The most Fair Rank’s Ladder ever

All Time most Fair Deployment Phase, with 2 stages AND 2 substages

Everything you want is here. Feel Free to visit the Main Hall

Want The Tacticans’ Temple to Become Real ? Now it's your turn to participate. So Join the KickStarter Pre-Launch Now!

If you don’t want to wait the Beginning of the Campaign to Get More explanations, Please Join our Discord (Discord.gg) where you will be the First to receive upcoming news and exclusive details about The APEXARENA

Since the Beginning I Want 1 thing more than any other, offer to You, Tacticians, What you want for 20 Years. I’m not a Dev neither an Editor, I’m a Conceptor. So I Prepared the ApexArena For you all.

I crazily made all the plans, going in every senses; Throwing Pencils and erasers everywhere, Stealing Paper during the Night to my neighbour, making even more plan. Aggressed people in the Street to get this precious glue, they have in their pocket …. I stopped to wash me neither take care about my hair and beard; Going even deeper each day, in Tactic. Frantically searching the Perfection, YOUR PERFECTION.

And Finally Witnessing …. the APEXARENA. When the Project was Ready and I had a little Budget I started to contact Dev Team and I found NextStead a team of Mighty Guys but Today …. they are Gone. I didn’t have enough Money, and without it they didn’t want to continue (The base was negotiated with Rev-Share, but considering the Project, There was still a big bunch of work before to get this Rev-Share …. To long, they left).

So while we are Orphans of Dev. I told me “NO WAY”, In Your Name ! The APEXARENA HAVE TO BE. So I started to pick pocket people, Break into Their Houses, attack them during the Night to get the Precious bucks they have in their Pockets (Yes Conceptors, when it’s about a project, are ready to everything) but It was the Beginning of huge problems with Policies, So I told me Maybe I should find an other plan. In jail I would not be helpful. And suddenly like an apparition (Or was it the SEO who suggested it ?) I found KickStarter and Told me: “That’s it”?

Community ? If we want the APEXARENA, The Tacticians’ Temple, to Become Real, Your fund Are Crucial. Only a successful Campaign can Bring it To You, only Your Pledge can do it, without it will never happen, and Tactic will stay 20 more Years in the Shadow …. We must Get it.

Well I know you perfectly understood what I mean, but obviously you are Smart (As every Tactician) and you are certainly asking me “But about what is it ?”. You might even tell me “If You need Our Fund we MUST have first a Presentation”. And you are Right, Which kind of Conceptor would I be If I would even not give you The Whole Description:

Starting in the coming Days

Still What about a little Teasing (It’s early early work, so don’t expect it to be Extremely Beautifull). Which Clue is hiding under this Fog ? 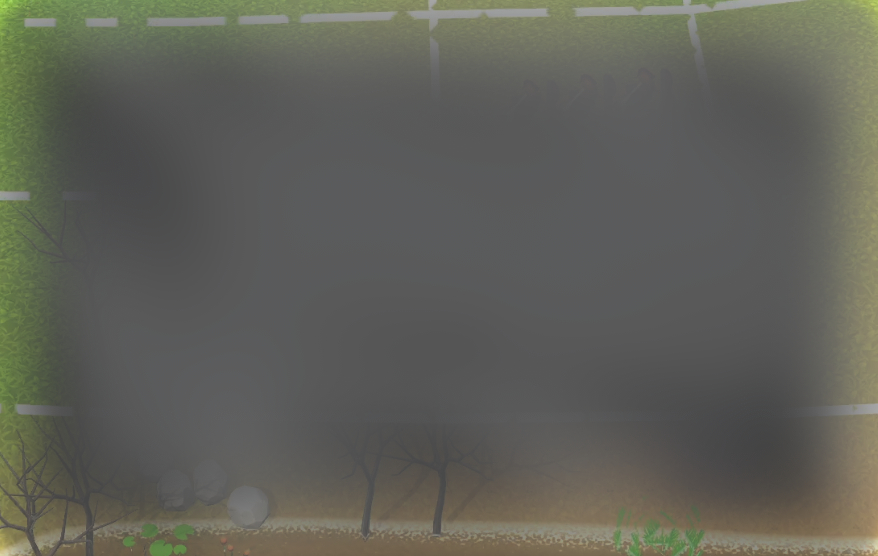 We don’t have News For Today (Sorry We don’t, Still I Guarantee that we will Bring to You The Next Level of the Tactical Kind) But We wish You Great Holidays.

I’m sure you got a Great gift. From a Bucket of Water or a Bread Roll To a Whole Dominion. Christmas is The Day (And the Whole Week) to Recover from Every Battles and Toughen up as Never Before, Like a True Conqueror.

Me I Got a Pencil and a Papyrus and I can not be more Happy Of it. I will be able to Prepare the Trickiest plan Ever. The Most Vicious we never Get And I guaranty That You will enjoy it.

From Rome to Alexandry, From Lutece To Sparta. 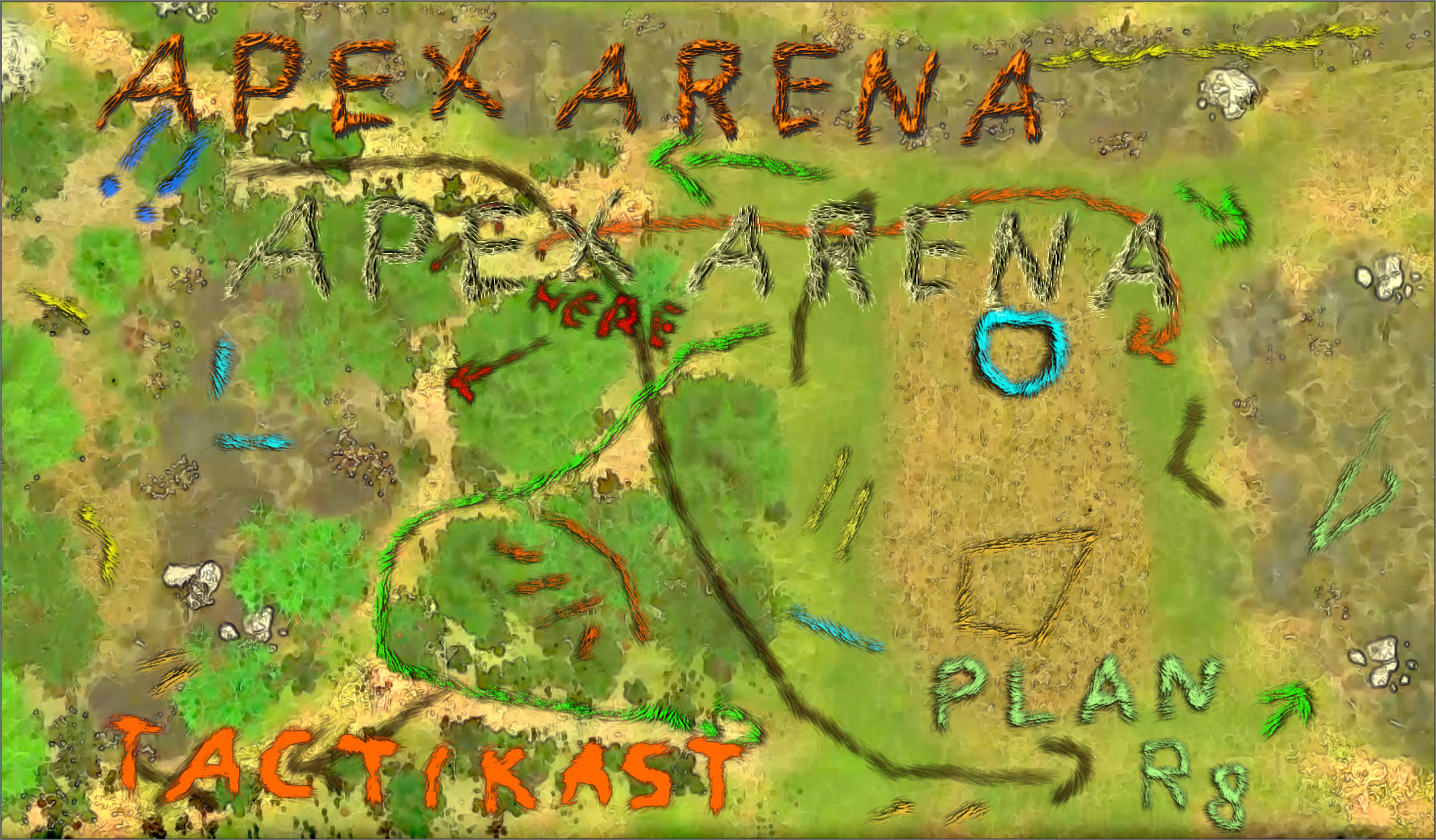 Tactic …. Strategy …. For years now We, The community, are awaiting the Chosen One. For Years now we are Expecting.

Decades of Attempts, Decades of Talks, Decades of Dreams, Decades of Suggestions. Thinking about, what would It be, when will It come. For so long We, the community, are trying to imagine this Chosen One, Unable to offer It His Temple. WHO CAN ? WHERE IS THE ONE ? We gave up; Telling us It do not exist, will never come !

The Tactician’s Dream deserve One Last Chance. The APEX Chance. Our Perfection can be Real: The APEXONE IS. Every Tacticians Know that Sacrifice do not matter, but the Final Result does.

For a while now we can feel a stagnation In both Tactical/Strategical kinds. While most of other kinds Knew Evolutions and Even Revolutions, the 2 Mentioned stay to the same level for now 15 Years.

Much have been written about it, with mainly 3 different point of views:

- Most studio started to say that it simply because it’s too different of the other kinds and basically can not get much more enhancement and certainly not a revolution.

- Some other more balanced said that there are still some Great Years awaiting it, but we should not try to push to fast and will have to be cautious about the possible improvement.

- A last part of the community said that They are simply underrated because not so rentable. But still have a Revolution awaiting somewhere.

We To Tactikast Disagree and have a Fourth Opinion: This main problem is due to a Lake of True Strategist in the Dev community.

But when you come to Tactic/Strategy suddenly you realise that the Dev community don’t have so much Specialists in its Ranks. A lot tried to innovate but we can see they don’t know how to do. This is because they are not specialists of this kinds.

We to Tactikast are of Them, and came to this community to finally cover this area and enter in a New Era. Expecting Bring inspiration to indies and Return to Conquerors the Fief Which Belong to Them. 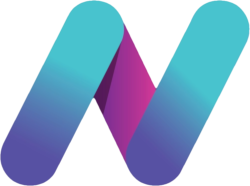